What is an Industrial Grade LCD Display Monitor

What is a Computer LCD Monitor?


A computer monitor is an output device that displays information in pictorial form. A monitor usually comprises the display device, circuitry, casing, and power supply.  Most of us are familiar with our desktop computer monitors and how heavy they were just 10 years ago and all the advancements in technology that have made them flat and lightweight.

Most of you are also familiar with the different types of advancements made to our televisions in the last ten years and the sharp, crisp clear displays available now.  There are many different types of monitors and television screens and laptop, tablets and even phones that use the latest in display technology.   Here are just a few of the types of monitor displays based on how they create the image on the screen.

An Liquid Crystal Display (LCD) monitor is the advanced form of CRT monitors. A Cold  cathode ray, the fluorescent  panel are two major components of the LCD.  The cold cathode ray technology is used in LCD which emits electrons and light up the fluorescent coated monitor screen. The process is known as backlighting. The second component is a  fluorescent  panel, which is made of liquid crystal. Liquid Crystal determines is current sensitive and determines the number of electrons to pass through the screen to make the shape and image of an object.

Light Emitting Diode (LED) is an improved version of LCD monitor and manufacturers have tried to eliminate the drawbacks of LCD monitors.  Both monitors are based on the same display technology and provide better resolution. However, the difference comes in backlighting as LCD monitors use Cold Cathode Fluorescent Light and LED monitors are based on light emitting diode. The backlighting impacts badly on the image and decreases its sharpness and brightness. WLED and RGB LED are the two types of LED monitors, depending on the way LED placed in the panel.

Similarly many companies, factories and industries also rely on a special type of monitor that can be fit into many different applications and needs to be able to operate in harsh environments on land, air and sea.   These types of all-weather rugged industrial-grade, commercial grade display monitors are built by Xenarc Technologies to be reliable especially in critical operations that require year round operation and needs to be failure free.

What is an Industrial LCD Touch Screen Display Monitor?


An industrial touch screen display monitor is basically a desktop monitor that is stripped down to the bare chassis and components and is overlaid with a touch glass overlay integrated to make it easier for Original Engineer Manufacturers (OEMs) to integrate the unit into a larger enclosure.

For the most part, an Industrial Touch Screen Monitor is best known as an open frame touch screen monitor or an open frame monitor. The  industrial unit itself is a metal chassis that holds the internal components of the monitor, along with the LCD/LED panel together with no housing or bezel.

While there are many types of touch screen technologies available for industrial touch screen pcs, three stand out as the most practical and cost-effective options for most application.

Resistive Touch Screen
This type of screen is comprised of 2 elements, a glass panel and a film screen, both with a thin metallic coating. The panel and the screen are stacked on top of each other, with the metallic coated sides facing each other and a small gap between the panel and the screen. When a user pushes down against the film screen, the electrically charged metallic layers touch and transfer electrical current. This action signals a screen touch at the specified location. Many different objects can be used on a resistive screen to interact with the interface, as long as sufficient pressure is applied to trigger a screen touch. As such, this is a popular option in facilities where touch screen users are required to wear gloves while interacting with the computer screen.

Surface Capacitive Touch Screen
This touch screen technology utilizes the static electricity capacity of the human body to register its screen touches. The screen is designed by adding a thin layer of electrodes on top of a glass panel. When the panel makes contact with human skin or with another capacitive object (like a stylus with an electrical charge), the screen will transfer a small amount of electrical current to the user’s skin. This transfer of energy is registered by the unit as a screen touch. Unlike resistive based touch screen technology, the capacitive screen cannot register screen touches without direct contact from a capacitive object.

What are Rugged All-Weather Industrial Touch screen Monitor used for and where?


Industrial touch screen monitors are suited for heavy-duty applications and continued use and abuse by workers in a factory or in a fleet such a logistics or transportation trucking company for example. A few good examples would be CNC machines for industrial applications. In this type of environment, industrial touch screen monitors are always being put to the test to endure harsh operating conditions, where the industrial display unit needs to last, otherwise the whole operation will come to a halt.

Another example of a harsh environment would be a Kiosk. Often, industrial grade touch screen monitors are integrated into a Kiosk to endure the constant approach of people who will put the Kiosk through lots of abuse.

In general, an industrial touch screen monitor is primarily used to integrate into larger enclosures or machines to operate. Industrial touch screen monitors will most likely be used in applications that require a durable, rugged display monitor that can last a long time and be put through a series of harsh operating conditions.   From the Military to factories, ships, luxury yachts to everyday cars, an industrial monitor display is the only one that will endure the daily use and abuse day in and day out for 365 days of continuous operation.


Rugged All-Weather Industrial LCD Monitors: Who Should Use Them and Why?


In the military, marine industries, and commercial fields, industrial LCD monitors are a must-have for outdoor use.   Traditional displays typically don’t provide the performance or durability required for use in these environments. One of the largest issues with consumer displays and monitors is that they may not be able to withstand the extremes of temperature that are typical of outdoor environments. In hot temperatures, displays can overheat and crash, while cold temperatures can cause them to shut down or sustain damage.

Wide-Temperature Industrial LCD Display
Industrial PC monitors are built to have increased durability to endure harsh weather conditions, wear and tear, and physical use. With the addition of extended temperature ranges, these displays can ensure consistent and reliable use in extreme outdoor environments.

Traditional displays and monitors typically have a temperature range of anywhere from 0°C to 40 to 50°C. Use outside of that range, or even close to either extreme, can result in malfunctions, overheating, or even complete loss of use. This is not an option for military or industrial users, for whom a poorly functioning monitor can have serious consequences.
Rugged LCD displays feature extended temperature ranges from -20°C up to over 60°C, ensuring that they can provide full functionality outdoors.


When selecting a rugged outdoor or indoor monitor with an extended temperature range, there are some factors that have to be considered.  It must also be certified to withstand the abuse of continuous operation and continuous use and abuse by its users.

There are many advantages to using rugged wide-temperature displays for military, marine, or industrial applications.

Do you need a display for an industrial application? Xenarc Technologies is an established display manufacturer with worldwide brand recognition as an innovative industry leader. We are dedicated to providing high-performance displays that are at the forefront of leading-edge display technology. Contact us at 888-656-6536

SDI (Serial Digital Interface)
SDI is a professional video signal that is preferred in broadcasting & production environments because of its longer range (up to 300 feet) and reliability, since it’s typically sent along BNC Cabling that has specialized connectors on each end to lock into the devices they connect to.

DisplayPort
A digital display interface used to connect a video source to a display device; it can also carry audio, usb, and other forms of data.

4 Wire Resistive Touch Interface
4 wire touch interface where a flexible top layer touches a bottom electronic layer when pressure is placed on the display, creating an electronic current translated into a command by the touch software. (705TSV)

Many of our products also have anti-glare and anti-reflective coatings on the glass to increase view-ability.

IP67
Certification that confirms product is completely dust proof, and protected from submersion up to 1M; dust proof and water resistant (GNH)

IP65 - IP rated as "dust tight" and protected against water projected from a nozzle.

IP67 - Against liquids, an IP67 rated gadget's protection is limited to about 30 minutes of immersion in up to a meter or three feet of freshwater. 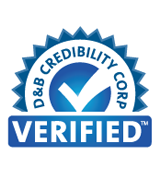